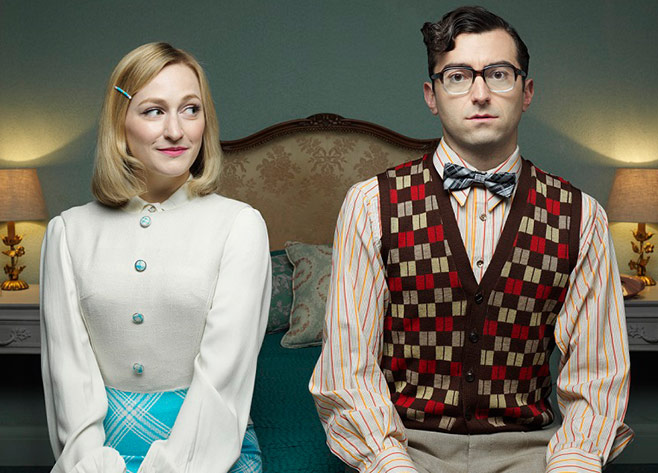 Romantics Anonymous, the new musical coming to The Wallis’ Bram Goldsmith Theatre direct from a successful run in London, is simply delightful. It’s smart, timely, social relevant and guaranteed to leave you with a smile on your face.  The London Times called it, “A sweetly funny, gorgeously tender musical rom-com” and I totally agree. Based on the popular 2010 French-Belgian film, Les motifs Anonymes, the play explores the obstacles to love and happiness in the modern world.  Fragile and sweet Angelique spends her days creating delicious chocolates; timid Jean-René owns a struggling candy factory.  When Angelique takes a job in the factory, the would-be lovers meet and the awkward courtship slowly unfolds with the encouragement of colleagues, therapist, self-help tapes and a support group.

Romantics Anonymous takes the rom-com genre to a whole new level thanks to Emma Rice who wrote and directs the play.  Her dialogue is lively, funny, sweet (but not sappy) and gently reveals the delicate and authentic nature of true love.  Likewise, the music and lyrics by Michael Kooman and Christopher Dimond add just the right touch of warmth, humor and joy to the play. Romantics Anonymous stars Marc Antolin and Carly Bawden – perfect casting of the reluctant couple.  Both actors were featured in the original production of the play at London’s Shakespeare’s Globe and boast a long list on the British stage and screen credits. 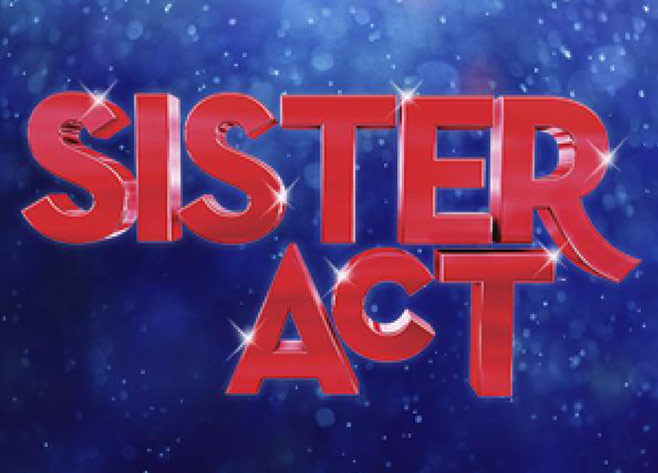 Sister Act arrives nun too soon at the Lewis Family Playhouse in Rancho Cucamonga March 6-15, 2020 presented by Broadway at the Gardens. Written by Joseph Howard and featuring the spirited music by Tony- and Oscar-winner Alan Menkin, the five-time Tony-nominated musical Sister Act follows nightclub singer Deloris Van Cartier as she goes undercover at a convent after witnessing a murder. Being disguised as a nun doesn’t change her unorthodox habits, and she’s soon at odds with Mother Superior. However, when Deloris uses her talents to help the struggling church choir find their voice, she forms a sisterly bond with the parish and community.

The uplifting musical is based on one of the highest-grossing box office ‘90s films from Touchstone Pictures of the same name that starred Whoopie Goldberg and Harvey Keitel. In 2006, Sister Act made its record-breaking musical debut in Southern California at the Pasadena Playhouse. Its initial tour included London’s Palladium and then landed on Broadway in 2011, closing after 561 performances.

The Lewis Family Playhouse gets a big “Hallelujah” for bringing this inspirational production back to our region for another act. “Fourteen years after its SoCal premiere in Pasadena, ‘Sister Act’ has returned to SoCal to make another big splash!” said director Matthew McCray. “This blockbuster musical is perfectly suited for the incredible Lewis Family Playhouse.” 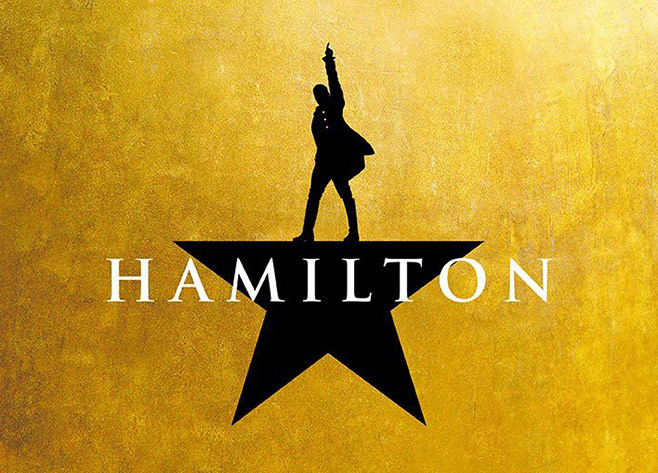 While doing a little refresher for this article, it occurred to me that there may not be a whole lot I can say about the juggernaut of a Broadway musical called Hamilton that most people don’t already know. For instance — that it opened on August 6, 2015 and received almost unanimous positive reviews and garnered historically high box office sales. And that it received a record-setting 16 Tony Award nominations and won 11, including Best Musical. Or that it also received the 2016 Pulitzer Prize for Drama and catapulted its creator Lin-Manuel Miranda to international stardom. Truly amazing stuff.

With book, music, and lyrics by Miranda, the show tells the story of American Founding Father Alexander Hamilton. Inspired by the 2004 biography Alexander Hamilton by Ron Chernow, the show’s music draws heavily from hip hop, R&B, pop, soul, and traditional-style show tunes. With its unusual mix of musical genres and modern storytelling methods Hamilton is described as a look at “America then, as told by America now.” The original cast album debuted at number 12 on the Billboard 200 albums chart, the highest entrance for a cast recording since 1963. It went on to reach number 3 on the Billboard200 and number 1 on the Billboard Rap albums chart. And then it won a Grammy Award for Best Musical Theatre Album! A national touring production of Hamilton returns to the Pantages Theatre in Hollywood this month. You should, um, get your tickets now! 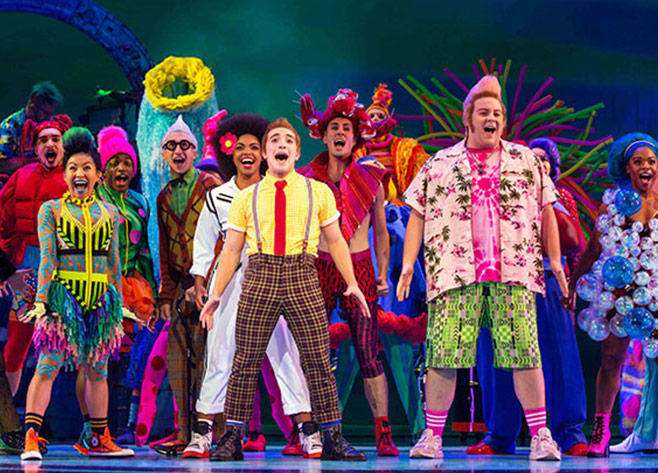 If you’ve ever dreamt of visiting the underwater paradise of Bikini Bottom, now’s your chance… well, sort of. Everyone’s favorite yellow blob, SpongeBob SquarePants, is coming to Hollywood’s Dolby Theatre live in sea sponge for his self-titled Tony-winning musical.

Based on the hit Nickelodeon animated series, The SpongeBob Musical Live was described as “effervescent candy-for-the-spirit” by New York Magazine during its Broadway run. And there’s no better sugar rush than watching SpongeBob, Gary the Snail, dimwitted starfish Patrick, Squidward and Sandy Cheeks come to life in all their colorful glory. While its full of fun and laughs, The SpongeBob Musical Live also touches on serious issues such as racial – or “pirate” – discrimination, nepotism as Mr. Krabs overlooks SpongeBob in favor of his daughter, and the threat of a deadly volcanic eruption leading to political corruption. Can SpongeBob, Sandy and Patrick become the unlikely heroes to save the town from destruction?

While their journey tells important messages about friendship, cooperation, and the power of unity and inclusion, what really brings the show to life is the original pop and rock-infused score created a roster of Grammy Award-winning songwriters. Musical production was conceived and directed by Tina Landau. The SpongeBob Musical Live runs from at the Dolby Theatre from March 24-April 12 and is suitable for children age five and over.