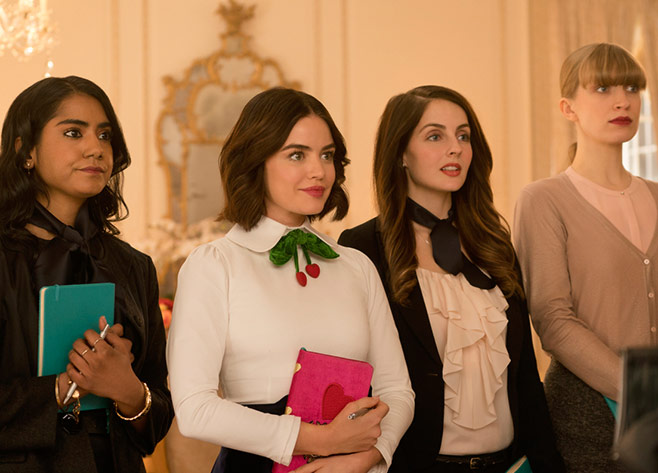 Everyone needs a good time with friends these days. And you’re not going to get a better sense of that than watching Katy Keene, the new series coming to The CW Network this month.

A spin-off of Riverdale (also on CW), Katy Keene is based on the Archie comics of the same name and follows young Katy (a dazzling Lucy Hale), an aspiring fashion stylist in New York City. Her journey to success and glamour isn’t an easy one, but her strong support system is sure to keep her spirits up even in the worst moments. Hale is joined by Ashleigh Murray (reprising her role as Josie McCoy from Riverdale); Jonny Beauchamp as Jorge, an aspiring Broadway dancer who moonlights as a drag performer; Julia Chan (Saving Hope) as Pepper Smith, an it-girl with a mysterious past; and Zane Holtz (From Dusk till Dawn: The Series) as KO Kelly, Keene’s boyfriend and boxing trainer.

Katy Keene is the second spin-off to Riverdale (the first was Netflix’s The Chilling Adventures of Sabrina, which was originally in development at the CW). The series was created by Roberto Aguirre-Sacasa, who helmed the other Archie comic adaptations. Where Riverdale and Sabrina are dark in tone with horror elements, Katy Keene is the polar opposite; taking its time to assure viewers that dreams and hope can still prevail at times when it doesn’t seem possible. 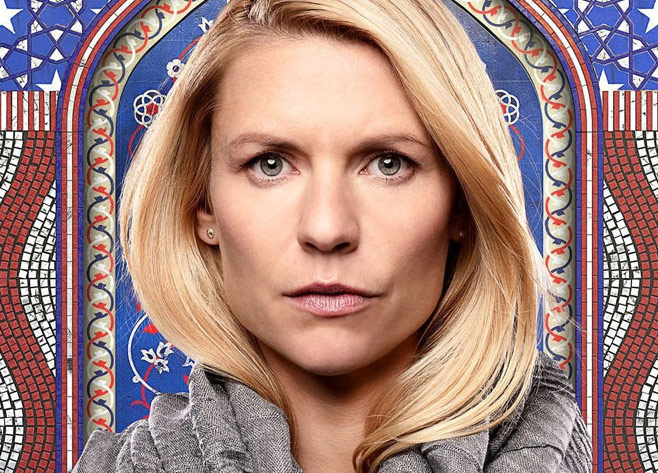 For seven seasons, we’ve seen CIA operative Carrie Mathison navigate her way through international espionage to keep America from the brink of annihilation. And the one thing more riveting than watching Carrie hunt down terrorists is watching Carrie hunt down terrorists while she’s off her meds. The only actress capable of such a masterful and unabashed portrayal of a character battling bipolar disorder — a performance that has undoubtedly won her two Golden Globes and two Emmys — is the exceptional Claire Danes.

For their series finale, creators Alex Ganza and Howard Gordon are pushing Carrie Mathison beyond all distress and sanity. Having survived capture in a Russian gulag without a trace of memory for the last seven months of her life, Carrie is once again recruited by Saul Berenson, now National Security Advisor, to help him confront the most dangerous of enemies, the Taliban, in order to negotiate the most impossible of outcomes — peace. With an outstanding cast that includes Mandy Patinkin (Life Itself), Linus Roache (Vikings), Costa Ronin (The Americans), Numan Acar (Aladdin), Nimrat Kaur (The Test Case), Hugh Dancy (The Path), and Beau Bridges (Messiah), the final act of Homeland will be one for the history books. 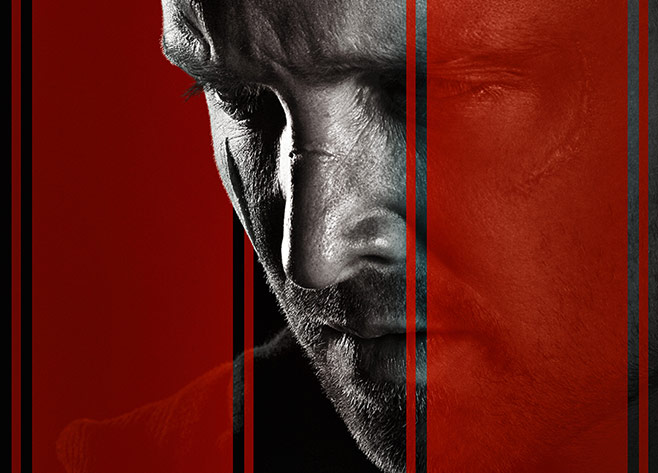 The legacy of Heisenberg may live on forever, but the dubious fate of Jesse Pinkman finally comes to an end in El Camino: A Breaking Bad Movie. It is a satisfying swan song for our troubled yet beloved Jesse, played by the magnetic Aaron Paul (Westworld), and writer-director Vince Gilligan (Better Call Saul) promises more action and suspense that breaks even more bad ass on the silver screen.

The last we saw of Jesse was his giddy escape in Todd’s El Camino, driving into the dead of night, finally free of his sins. Free perhaps but hardly in the clear. This feature throttles us back inside that muscle car where the police are gaining in hot pursuit. After Jesse narrowly evades the cops, he plans to pay for a new name and a new life in Alaska with a giant stash of cash that he remembers is hidden somewhere in Todd’s apartment. All that stands in Jesse’s way are his former captors with eyes on the loot, a vengeful past he can no longer escape but must somehow defeat. 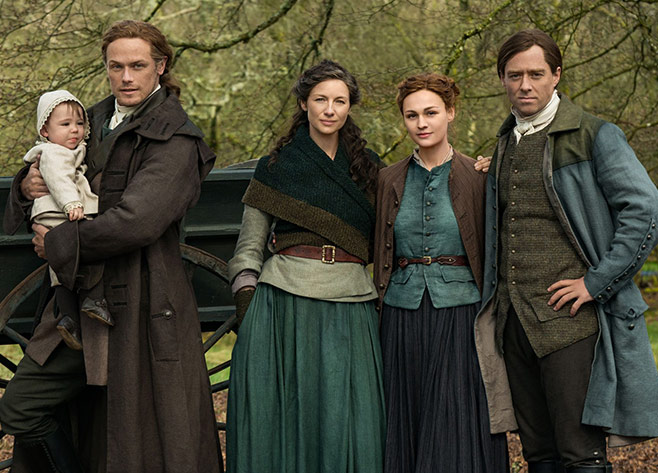 It’s only fitting that Outlander: The Fiery Cross should premiere just before Valentine’s Day. What could be more romantic than traveling through time and space for love? Outlander: The Fiery Cross is based on Diana Gabaldon’s best-selling series of books. The first four seasons introduced us to Claire (Caitriona Balfe), a nurse traveling through Scotland with her husband Frank (Tobias Menzies) at the end of World War II. Accidentally transported to 1700’s Scotland, Claire is rescued by the handsome Jamie Fraser (Sam Heughan). Together they encounter many life-threatening challenges and eventually Jamie forces Claire back through time to save their unborn daughter Brianna (Sophie Skelton). Twenty years pass and Claire returns to Jamie to resume their love affair. Daughter Brianna and the love of her life Roger (Richard Rankin) follow Claire in search of Brianna’s biological father. The reunion doesn’t go as planned … life is rarely easy for the Frasers.

Things don’t get any easier in the new season. Claire struggles with how much information to share and how much of her medical knowledge is safe to use in the 1770s. She eventually decides to experiment with inventing penicillin. Despite Claire’s prophetic warnings about the Revolutionary War, Jamie finds himself required to uphold the King’s law. As it turns out, being on His Majesty’s side is not going to do Jamie any favors in the revolution that is to come. Action and romance … what more could you ask?