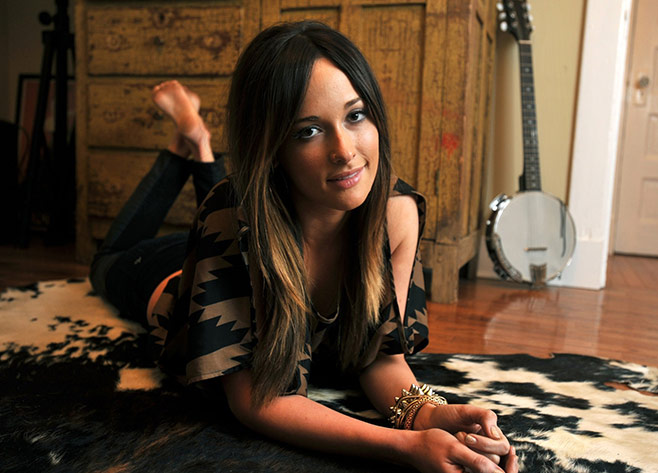 A Texas girl through and through, Kacey Musgrave is the upcoming country music star to know. While her sound is clearly in the camp of traditional country, some industry pundits consider her lyrics controversial. At this year’s CMAs she picked up Song of the Year for “Follow Your Arrow” in which she sings about not living life to please others because it’s impossible to please everyone. As examples, she lists sex before marriage; knocking back a couple of drinks; and kissing someone of the same gender. She advocates that people follow their hearts—or arrows. Those aren’t typical country music lyrics.

Musgrave self-released three albums before appearing on Nashville Star, a country-singing competition show, which led to her signing with the music label Mercury Nashville in 2012. Since then her album Same Trailer Different Park went Gold, peaking at Number One in the category of U.S. Country and number two for U.S. album overall. Her single “Merry Go ‘Round” went Platinum with one million in sales. She’s won two Grammys, three CMAs and looks poised to win more this upcoming awards season. Musgrave is young, beautiful, thoughtful, heartfelt and talented, and is the voice of a new country generation. 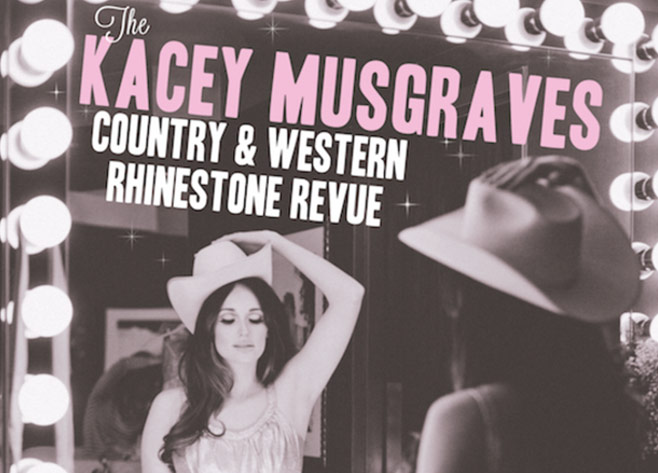 With her down-home girl next door looks and catchy pop-tinged country tunes, Kacey Musgraves has quickly become the genre’s “It” Girl.  Her major label debut CD “Same Trailer Different Park” earned her a legion of fans and four  Grammy Nominations.  For those not familiar with her, Kacey’s music features the wide eyed innocence of a young Dolly Parton combined with the wit and fire of Miranda Lambert all done with an upbeat  take on the rigors of love, lust and Southern life delivered by a chills and thrills evoking fresh voice.

In support of her latest CD, the ridiculously good, “Pageant Material,” Musgraves is hitting the road for a full U.S. Tour.  She will be backed by a slew of top notch Nashville players and session men, for these intimate small theater shows  which promise to contain material from both her recent CDs as well as a few covers and maybe some surprises. Musgraves posses an unique ability to appeal to hardcore, old school, country and western fans and those who love the Shania Twain/Dixie Chicks variety.

Strap on your boots and best ten gallon hat and get your tickets now to see a true country star on the rise.

Due to the coronavirus pandemic, we’ve adjusted our content this month.

LAArtsOnline now features two NEW pages: BOOKS and EXTRA! We’ll look at what’s hot in the world of books and reading along with some suggestions of EXTRA! things to check out, read about, and do!